Let’s face it. Nobody really knows what is and isn’t acceptable to say about mental illness. A couple of years ago, someone I know said to me that depression is just a way of getting attention. I was pretty annoyed. I even went on a bit of a rant about how insensitive he was being, and how people with depression have a legitimate illness and it shouldn’t be passed off as attention-seeking. But should I have been so angry? That statement does completely oversimplify what is a complex mental illness and even puts the blame on the sufferer. Looking back though perhaps I should have realised that it wasn’t his fault, in the same way that I don’t get offended when the elderly lady on my bus starts making racist comments. I’m sure many of us wouldn’t be offended by the xenophobic ramblings of a few pensioners, because ‘they don’t know what you can and can’t say nowadays’. I feel that a similar logic could be applied to my friend – he was simply stating his opinion. Surely it’s not really his fault that he doesn’t know the politically correct etiquette for talking about mental health issues? In fact, I’ve begun to wonder if there even is a politically correct etiquette.

For example, my stepmum feels very strongly that you shouldn’t describe someone as ‘schizophrenic’, because it defines them by their illness. This makes sense, and I agreed with her completely when she first explained her opinion to me. But a couple of weeks later, I heard her say to my sister that a TV character was ‘autistic’. I wondered why it’s ok to define someone with autism by their illness, but not someone with schizophrenia. Generalised anxiety disorder is a recognised condition (at least by the NHS website). Does that mean it’s wrong to call someone anxious? There are no clear cut social rules about what you can and cannot say. However sensitively you phrase a sentence about mental health, you seem bound to offend somebody.

I’m not saying people are wrong to be offended. I merely wish to highlight how difficult it is to talk about mental illness. It’s probably to do with how recently mental health started to be taken seriously. For centuries people with mental health issues were dismissed as crazy – lunacy, insanity, possession by the devil, it’s all the same. Even today none of us are without stereotypes. I remember noticing that my A-level psychology teacher told us we didn’t have to go to the lessons about anorexia if we felt sensitive about the topic, but did no such thing for the topics of addiction, schizophrenia and gender. I also remember thinking it was wrong to assume that a class of schoolkids would only suffer from eating disorders and nothing else. We are still stumbling our way to developing a widely accepted politically correct way to talk about mental illness, and until we do people will, unfortunately, keep being offended. 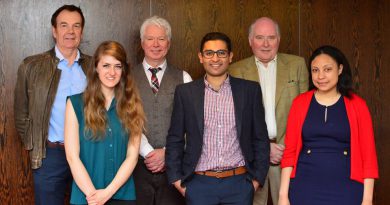 How to fix a spinal cord injury