Our gut bacteria have been receiving a lot of attention in recent years as more and more evidence is being produced that their influence is much greater than we initially thought. Bacteria outnumber our own body cells on a ten to one ratio, and given that the large intestine is their major habitat, it is not surprising that they affect our digestion. But it goes much further than simple digestion.

Since the realisation that obese people have much less diversity in their gut flora than lean people, mice have been shown to grow fat depending on their source of gut bacteria – despite consistent diets across subjects. Obesity in mice can even be reversed by recolonising their digestive tracts with ‘lean’ bacteria, but not when the diet itself is unhealthy. High fat, low fibre appears to prevent ‘good’, ‘lean’ bacteria from flourishing.

This colonisation begins from birth – babies born by caesarean section are more at risk of obesity and diabetes as they do not pick up bacteria found in the birth canal. Gut bacteria colonies also differ between breast and bottle-fed babies with studies suggesting that breast milk encourages ‘good’ bacteria, which bottle-fed babies lack. Early ‘good’ bacteria may have implications in an early kickstart to the immune system as bottle-fed babies are more likely to suffer from asthma, eczema and allergies.

The reach of bacterial impacts even goes as far as the brain. Bacteria are already known to produce neurotransmitters such as serotonin, GABA and dopamine, chemical signals that antidepressants aim to increase. Anxiety, autism and stress responses have all been linked to altered microbiota in the gut. Even eating yoghurt for a month has been shown to have an effect on stress responses! Stress being linked with other biological processes such as metabolism should not be such a surprise given that hormones have many overlapping effects. Cortisol for instance is involved in metabolism and immune system regulation as well as stress. This does hint that interactions will be complex and one of many factors, so the extent of their impact is likely to be variable across bacterial species, organs and patients themselves.

Most recently, evidence previously seen in mice relating to cancer treatment has now been proven in humans. It appears that the bacterial make-up of cancer patients’ gut flora has a significant impact on the effectiveness of immunotherapy. Patients with both increased diversity and presence of a few specific species were more likely to see reductions in their tumour sizes.

Many of the experimental procedures performed in mice involved the transfer of human patients’ faeces to newly born mice. This created mice whose intestines were colonised with ‘bad’ bacteria, a situation that was rectified (in the case of the obesity study) by housing them with mice with more diverse, ‘good’ bacteria. This probably resulted from the mice eating each other’s faeces, a not uncommon rodent practice, but it suggests a way of helping human patients. In fact, poo transplants are already proving to be beneficial with ‘poo pills’ from vetted heathy donors already available to purchase.

So, gut flora has already been implemented in mental health, obesity, infant immune systems and cancer treatment effectiveness. This is just a snippet of interwoven results that raise questions for our life-long medical treatment and perspective on health. Should we limit infants’ and children’s exposure to antibiotics? Should ‘poo transplants’ become a common place practice as part of specific treatments? Should doctors treat patients more holistically as symbiotic organisms? These complex interactions are still not fully understood but, like the huge potential of genomic medicine, could greatly impact and influence emerging future treatments. 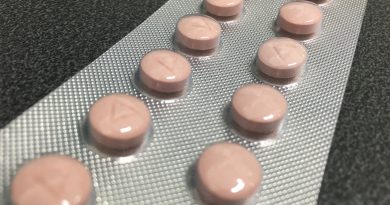 Ageing as a therapeutic target

The end of the Prozac era: why pharma is abandoning psychiatry