Did you miss me? I know, I know – I never called, I never wrote. Were you feeling bereft without your weekly dollop of regurgitated, humorised BMJ this summer? I didn’t think so either. But like it or not, the weekly review is back (until I get distracted by work, holidays or shiny objects). Let’s not dwell on the past, instead let’s see what is happening this week in the wonderful, exciting world of the BMJ…

The State of the Union: So what has happened in the NHS since we last reviewed it? <Presses play and the twangy riff of David Bowie and Queen’s “Under Pressure” fills the room>
In an example, which is undoubtedly being repeated all over the country, seven GP practices in Folkestone have petitioned their CCG (Clinical Comissioning Group) to close their patient lists, citing that it was unsafe to accept more new patients. Their request was denied. The CCG’s answer to the practices’ plight was to offer extra money for each new patient registered. Somehow I think money is only part of the solution and I hope there is a more nuanced plan in place, which was just too detailed and clever to get into in this short BMJ article. Folkestone GPs, please do let us know if that’s the case.

GP’s are having it hard in general. Although a recent CQC (Care Quality Comission) report found that 90% of GP practices were described as “good” or in even more gushy terms like “outstanding,” the lovely news media only saw the negatives, reflecting on the struggling practices. Anyone looking for why healthcare professionals are so demoralised these days, note the media bias…

Meanwhile in hospital land… There are fewer beds available in hospitals according to the try-and-get-your-interest-with-an-attempt-at-a-snappy-title “NHS Hospital Bed Numbers: Then, Now, Next” report. It suggests hospital bed numbers have halved in the last 30 years. Despite fewer beds being a goal of around half of the 44 sustainability and transformation partnerships (STPs) (!) I suspect this is not a good thing. For further proof, it takes no more than a look around a winter A&E department with its queues of patients being nursed in the corridors, to realise that fewer beds usually means less flow and more pressure on EVERYTHING.

Everything must go: The NHS is strapped for cash, everyone knows it. It’s our broken record and everyone’s favourite wail. So, the Naylor Review suggests selling off NHS land. That cheeky Naylor has been eyeing up the NHS’ assets and totting up the figures for all the unused NHS land. The report suggests it could go for £5.7 billion in total! Only problem? Some of that land still has services on it.

Your 5-minute roundup of the science news:
• NICE says that erythema migrans can now be classed as pathognomonic in the diagnosis Lyme disease.
• Pregabalin and gabapentin may be stepped up to class C drugs if the Home Office gets its way. Prepare to spend more time signing things out at the drugs’ cupboard and having to spelling the prescriptions out in “words and numbers” to the pharmacist.
• A Johns Hopkins study of 103,029 gunshot and stab victims in the US show that “scoop and running” the patient to the hospital improves survival rates, rather than waiting for an ambulance.
• The interpeduncular nucleus of the midbrain (yes, I know that name brings back PTSD flashbacks to Med School Neuroscience lectures for many of us) may be where the sensation of jamais- and déjà vu may be consolidated according to Nature Neuroscience. Nice to know for when you have that Matrix “Black Cat” moment.
• Small dose prophylactic haloperidol does not help reduce delirium in the elderly an Age Ageing review suggests, despite its uses in managing acute behavioural disturbance.

Stoptober Smoking Shambles
With two, page-long articles in this week’s edition of the BMJ one wonders why the BMJ didn’t lead with Stoptober as its cover. The editorial summarises the predictable fact that Big Tobacco is nefarious and powerful (please read John Grisham’s Runaway Jury for further elucidation. The book, not the movie, despite John Cusack’s rather fetching turn in it). There is also a lack of government and national focus on implementing the 6 stage MPOWER program that aims to eradicate smoking completely.

The more enjoyable, “Thick-of-It-esque” article details the omnishambles media output from various health bodies regarding vaping this Stoptober month. So on the same day that Public Health England endorsed vaping to help quit smoking, NICE advised GPs that there was no benefit to it. Excellent. Good that we’re all on the same page, guys.

Prize for most succinct summary yet seen in the BMJ:
Points go to Sinnott et al; who were obviously given a tight word limit for their paper “trends for prevalence and incidence of resistant hypertension.” Their summary of the data gathered for the 20 year study of 1.3 million users with hypertension, who proved resistant to treatment?
“Resistant hypertension is common in the UK.” 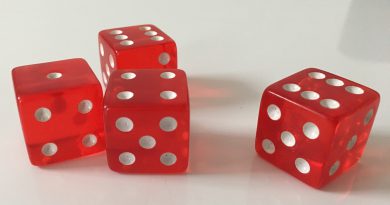